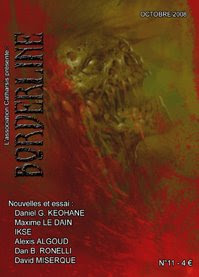 My short story, "Two Fish To Feed The Masses" has been reprinted in the French horror magazine Borderline. The theme of the issue is zombies and this story fit right in. Funny, because the editor, Lionel Bernard, solicited the story from me (which originally appeared as an original piece in my old collection Christmas Trees and Monkeys) over a year and a half ago. Never heard back, so I assumed nothing happened with it. The other day, a slick magazine appeared in my mailbox from France, issue 11, with my story as the headline. Pretty nice! Anyway, if you can read French, check it out. 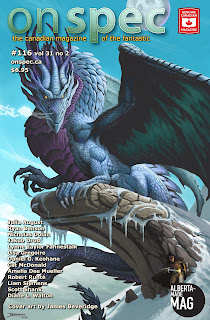